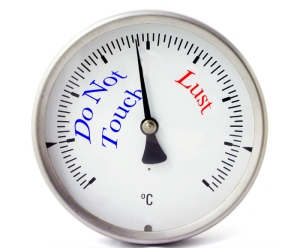 Saying you want to be more like Christ is one thing, but it is a far more challenging course to actively strive to make your profession match your confession.

Two correlated subjects ran the social media gauntlet recently: Modesty1,2 & What is appropriate dating behavior3.  Of  interest to me is how certain responses seem to pit two sides of an issue as some sort of neverending conflict.

“Now concerning the things about which you wrote, it is good for a man not to touch a woman. But because of immoralities, let each man have his own wife, and let each woman have her own husband. Let the husband fulfill his duty to his wife, and likewise also the wife to her husband. The wife does not have authority over her own body, but the husband does; and likewise also the husband does not have authority over his own body, but the wife does. Stop depriving one another, except by agreement for a time that you may devote yourselves to prayer, and come together again lest Satan tempt you because of your lack of self-control. But this I say by way of concession, not of command.” 1 Corinthians 7:1-6 (NASB)

Paul’s exhortation and instructions are sound, and while it won’t make your worldly friends happy, they might think you a prude, antiquated or odd. Should that be any kind of surprise? Now clearly there is some context to what Paul is implying by the term “touch” but it is really that hard to realize that Holiness is worth the effort.